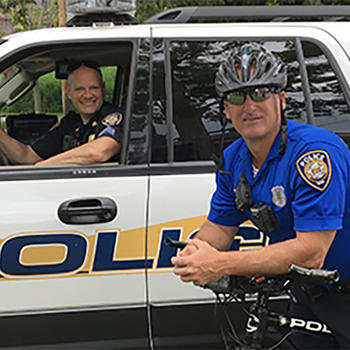 There are more than 18,000 police departments in the United States. Within these departments there are approximately 120,000 full-time officers whose job it is to keep citizens safe twenty-four hours a day, seven days a week. Their primary duty is to protect the community’s citizens and property. They are also responsible for educating the citizens on how to prevent crime from happening.  Law enforcement agencies pride themselves on accountability and discipline since they are of a quasi-military status.

Officers must be able to respond to calls for service and do so without infusing their feelings, likes, dislikes, and biases into the situation. Possessing ethics, integrity, and honesty are of high value for any officer.

Skills and education play a key role in an officer’s ability to take on the physical and psychological demands of the job.   Consequently, all candidates must endure several months of training at a police academy and then several more weeks after the academy in a program often referred to as the FTO (field training).

All officers must understand that every person has value and as such an officer must display humanity, integrity, professionalism, and courage.

Basic duties of a police officer include