Afri-VIPE: A Complex Case in COVID 19

Odd jobs; Lives with her children in a shack (informal structure, no electricity, no piped water, one tap shared and an outside toilet - separate from shack) in the backyard of her parents with only the monthly child grant as income. (See social history)

She visited the clinic yesterday complaining of

She was followed up today:-

Ms. Patricia Verloren is a 35-year-old mother of two children, a boy and a girl.

Sexual History: Sexually active, Depo Provera 3 month injectable, but defaulted to contraceptives for 1 year due to heavy bleeding. First pregnancy at the age of 17 was as a result of sexual abuse by a neighbor over a period of five years.

She has a history of multiple sexual partners. Second child 7 years ago - not seeing the father anymore.

Now she is RPR positive with a titer of 1:256 and has a vaginal discharge.

Social History: She is currently unemployed and survives on odd jobs and the social grants offered by the government. She stays in a shack that she built in the backyard of her parents’ home. This shack has electricity but she accesses piped water from the tap within the yard and shares this tap with the rest of the other tenants with shacks in this yard. They use a communal pit latrine. 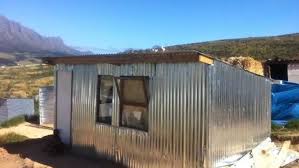 Smoking 10 cigarettes per day, heavy drinker- 6-10 pints of beer a week, and has been referred to a drug and alcohol services/behavioral health services and has not participated in the offered services.  She has a monthly child grant (from the government) and odd jobs as income. She dropped out of school in grade 10 due to the pregnancy and received a child care grant for both her children. She has worked at the local shopping mall as a cleaner in the past but struggled to cope after the daughter’s birth and recent medical problems and resigned. She has few friends and does not belong to any social groups in the community.

She has been in a relationship with Marvin (34) for the past three months. He is the father of the child she is currently carrying. Marvin works at a local vehicle manufacturing company.

Activities of daily living: Her doctors have recommended that she lives a healthier lifestyle and includes physical activity as part of her daily routine.  While Patricia is keen to start exercising, she cannot afford gym fees and would like to explore cost effective avenues. Furthermore, she is concerned about exercising while her legs feel heavy and swollen.  She has a garden where she grew and sold vegetables for extra money; however, with her leg swelling due to the dog bite she has not been able to tend to it.

Psychiatric history: Patricia was diagnosed with postpartum depression after the birth of her daughter. She received antidepressants for 6 months.  has noticed that in the last few weeks she has been struggling to sleep and doesn’t eat much. She often finds herself crying and worried about her future. At times she fantasizes about going to sleep and never wakes up but worries about her daughter if she was to die. Her son’s abuse has left her fearful and anxious.  She smokes to calm herself and consumes alcohol to help her sleep. On days where she feels overwhelmed by her emotions and her son has been physically abusive, she will take 3 Paracetamol/Stilpane/Analgesic tablets.

(look up equivalent values in your country) http://www.scymed.com/en/smnxpf/pfxdq210_c.htm

With a previous history of PTB pulmonary tuberculosis, AP CXR is the primary modality for confirmation of positive results of the blood or skin test. Also, the lungs should be evaluated for scar tissue from the previous PTB infection and the extent of the new infection.

She does not interact with her community members due to her social anxiety.

Suffers from depression due to unemployment and socio-economic status.

Patients have resorted to begging for food close to the end of the month as the grant money and money received for odd jobs does not cover their monthly expenses.

Plan of management:- to be completed by participants